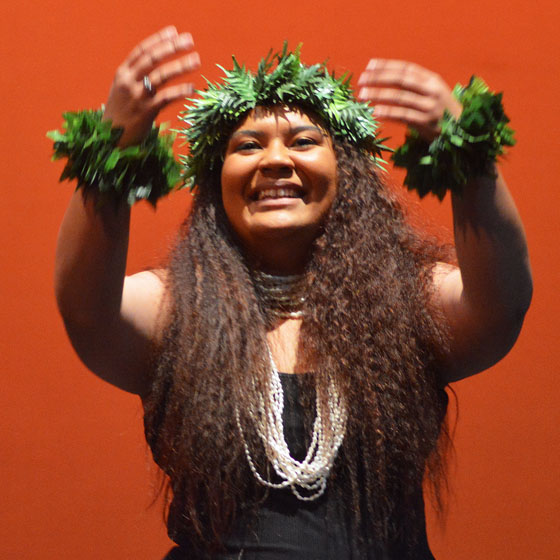 Photo by Mark Minia / The lu’au starts at 5:30 p.m. in the Gilbert Center followed by the show at 7 in McKenzie Theatre.

The feast begins at 5:30 p.m. in the Gilbert Center adjacent to Ackerman Hall, followed by entertainment at 7 in McKenzie Theatre in Loso Hall. Tickets are $10 for EOU students, senior citizens and children age eight and younger, and $12 for general admission.

“We are excited for this year’s show where we will share our culture in the form of dances, food and island hospitality with our campus and community,” said Ngeyaol Polycarp, vice president of the Navigator’s Club. “I hope that everyone can attend and be a part of the celebration.”

The performances will showcase music and dance from the islands of Hawaii, Tahiti, Tuvalu, Republic of Palau, Samoa and New Zealand.

“We are also adding a modern spin to our ‘Island Fusion’ performances,” Polycarp said.

Polycarp is originally from Palau and transferred to EOU in 2013. She is a senior in the Oregon State University agriculture program on campus and is double majoring in agriculture science and crop and soil science.

Tickets to Island Magic are available at the EOU Bookstore on campus or Looking Glass Books at 1118 Adams Ave. in downtown La Grande.