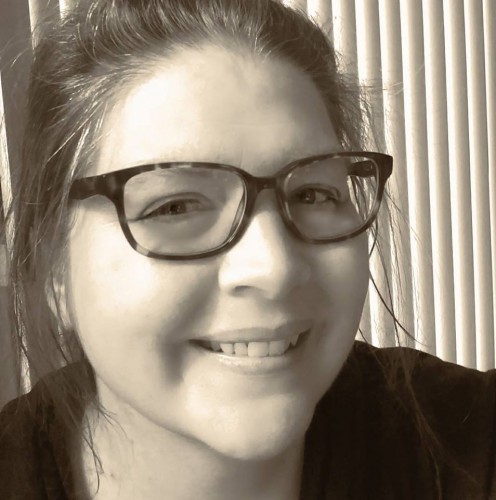 June 11, 2019 LA GRANDE, Ore. – The 2019 President’s Scholar at Eastern Oregon University has an unusual passion and found opportunity to pursue it through the school’s online anthropology program.

Heymann is a non-traditional student who enrolled and completed her degree online, including a minor in Interdisciplinary Writing and Rhetoric. She said connecting with the spirit of EOU from a distance posed a challenge, but “also invoke[s] a liberating sense of resolve.”

Heymann said she fell in love with archaeology after reading books about burial mounds and Egyptian mummies as a child. In 2014, she resumed her collegiate career at EOU and enrolled in cultural resource management classes, where she gained an understanding of the laws surrounding human remains in an archaeological context. Her path shifted from archaeology during winter 2016 when she registered for “Blood, Phlegm, and Bile” – a class on the history of Western medicine.

She had already begun training to become an end-of-life midwife (or “death doula”) and was volunteering at a local hospice. Heymann’s experiences there, paired with 20 years working in healthcare, drove her to explore gaps in the way Western culture handles death, dying and the dead.

“Much of my coursework centered on ethics, medical anthropology and sociology topics, as well as medical history and humanities,” Heymann wrote in her essay submission. “My greatest hope is to dispel the health literacy challenges and paralyzing fear that accompanies death and its associated industries.”

Her capstone project, “Alternative Death Care Practices,” connected Heymann with professionals in end-of-life healthcare and post-death care. She found that professional and layperson resources were lacking in many cases. She seized the opportunity and established Death.Support, an online community and webpage dedicated to providing death preparation resources and education. The website supports doctors, patients, caretakers, death doulas, funeral directors, morticians and others involved in death-centric work.

She now serves on the Board of Directors for the Piedmont North Carolina chapter of the Funeral Consumers Alliance, and is a certified “death doula” who supports dying people and their families.

“I have a passion for working within my community to facilitate a safe space for discussions centered around death and dying,” Heymann wrote.

Heymann has taught seminars about “advance care planning” and published the course online as part of National Healthcare Directives Month in April. She plans to pursue a master’s degree in adult and community education, and she hopes to cultivate programs and curriculum for professionals in allied health and social work, while educating communities about topics related to death and dying.

“The Mountaineer spirit shines here on the East coast, just as brightly as it does on the West!” she said.

Although Heymann is unable to attend commencement on-campus, a pre-recorded video of her speech will be broadcast at both ceremonies on June 15 in EOU’s Quinn Coliseum.