EOU file photo / At 10:30 a.m. Saturday, Oct. 22, football fans will begin gearing up in the John J. Howard & Associates Tailgate Zone in the parking lot at 6th St. and H Ave. The Mountaineers will face the University of Montana­–­Western for the big Homecoming game at 1 p.m. in Community Stadium.

Both organizations are gearing up for a weekend packed with activities for alumni and the community starting at 7 p.m. Thursday, Oct. 20 with the Choirs of the Valley Concert in McKenzie Theatre in Loso Hall. Admission is free with donations to the EOU Foundation music scholarship funds accepted at the door.

The shotgun start is at 9:30 and the cost to participate is $100 person, with all profits supporting scholarships for student-athletes. A game package that includes entry in the putting contest, hole-in-one contest and mulligans is included in the registration fee. Sign up to play at www.eou.edu/alumni. 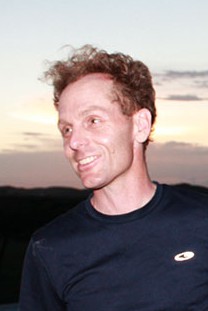 Friday afternoon finds EOU alumnus and filmmaker Skye Fitzgerald in the spotlight, presenting his latest documentary “50 Feet From Syria.” His film showing and Q&A begins at 2 p.m. in Huber Auditorium in Badgley Hall.

“50 Feet From Syria” is a portrait of surgeon Hisham Bismar as he delivers life-saving medical care undeterred by the chaos and complexity of war around him. Shortlisted for an Oscar in the Documentary Short category last fall, the film serves as a snapshot in time of the plight of refugees displaced by the Syrian uprising. Watch the official trailer at www.50feetfromsyria.com.

Fitzgerald is the recipient of EOU’s 2016 Distinguished Alumnus Award. The university will formally recognize him along with Dr. Joe Grover, Dixie Lund Service Award recipient, and Doyle Slater, Honorary Alumnus, at the Alumni Honors and Athletic Hall of Fame Reception and Ceremony at 6:30 Friday evening in the Gilbert Center.

Fitzgerald graduated from EOU in 1993 and went on to earn his master of fine arts in directing from the University of Oregon. He has been producing projects focused on human rights and social justice issues since 1998 and is the founder of Spin Films in Portland.

Along the way he has collaborated or received support from the Sundance Institute, the U.S. Institute of Peace, the State Department and the Paul Robeson Fund. He was also named a Fulbright Research Scholar to produce the film “Bombhunters.”

An active community member and volunteer, Dr. Joe Grover moved to La Grande in 1980 and practiced as an oral surgeon until his retirement in 2006. He is a member of the La Grande Rotary Club and is credited with establishing the La Grande Middle School Drug-Free Youth program, among many other accomplishments. His involvement with the EOU Foundation spans 30 years, and he currently serves as a trustee and member of the board of directors and also co-chairs the campaign fundraising committee.

A longtime member of EOU’s education faculty, Doyle Slater was initially hired in 1969 to coordinate student-teacher placements and deliver coursework in education and social science. He went on to teach at EOU and abroad until 2000. Locally, he has served various commissions and groups including the United Way Board, Liberty Theatre Foundation Board and La Grande City Council. He is also a current member of the EOU Foundation’s board of directors. 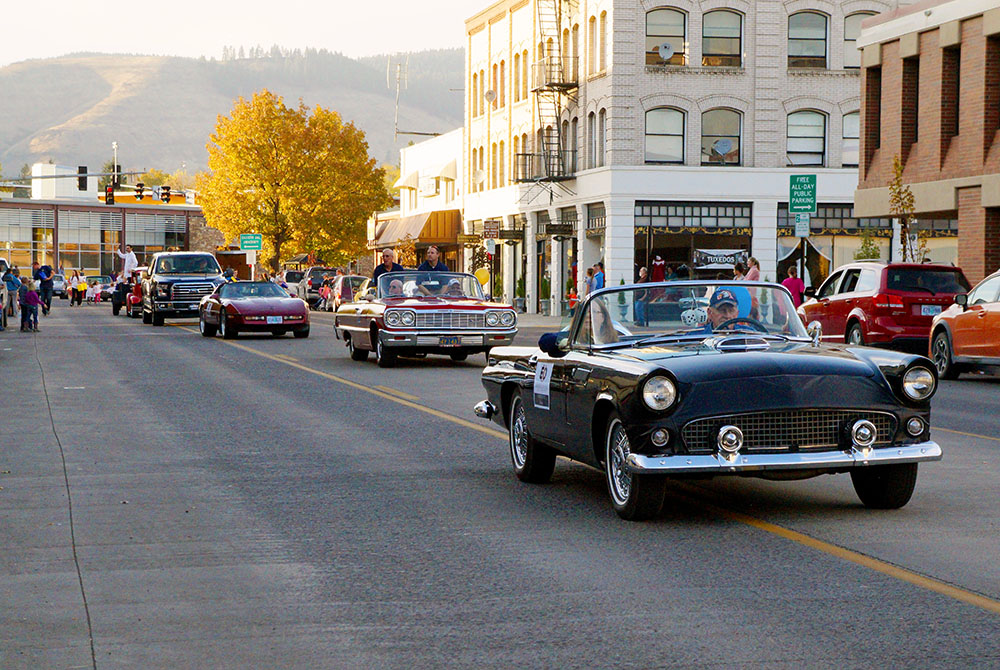 Prior to the awards ceremony is the Homecoming Parade through downtown led by Grand Marshal Arlene Young, of La Grande. Lineup is at 4:15 p.m. on the corner of 4th Street and Jefferson Avenue and the parade starts at 5.

Young is an avid Eastern supporter and was a member of the university’s 1953 Evensong Court. After her husband Gerald “Jerry” Young joined the faculty, the couple enjoyed attending athletic events, concerts, plays, lectures and many other activities living in a college town presents. She taught home economics and English in La Grande and currently serves as a trustee on the EOU Foundation board. The Gerald E. Young Endowment established by the Young family with the foundation helps support a current university student.

Later Friday evening is a chance to catch the fast-paced comedy “The Compleat Wrks of Wllm Shkspr, Abridged” at 7 in Schwarz Theater in Loso Hall. Presented by EOU’s theatre department, the show continues Saturday. Call 541-962-3757 for tickets.

Saturday’s events begin early with the third annual Homecoming Run at 7:30 a.m., sponsored by Edward Jones – Shawn K. Mangum. The 5/10K and one-mile run/walk features routes through the heart of campus and downtown. Pre-registration is $10 or $15 the day of the event.

The Alumni Association will hold its annual breakfast meeting at 9 a.m. in the Gilbert Center before a game of fastpitch softball starts at 10 at Peggy Anderson Field.

At 10:30 a.m., football fans will begin gearing up in the John J. Howard & Associates Tailgate Zone in the parking lot at 6th St. and H Ave. The Mountaineers will face the University of Montana­–­Western at 1 p.m. in Community Stadium. A 5th Quarter Celebration is at 4 p.m. in the lobby of Quinn Coliseum.

Two reunions for former EOU wrestlers and players of retired Coach Sharon Campbell are also being held during Homecoming weekend. RSVP at www.eou.edu/alumni.

EOFF will screen films all weekend, and the festival also features performances by top indie artists from around the region.