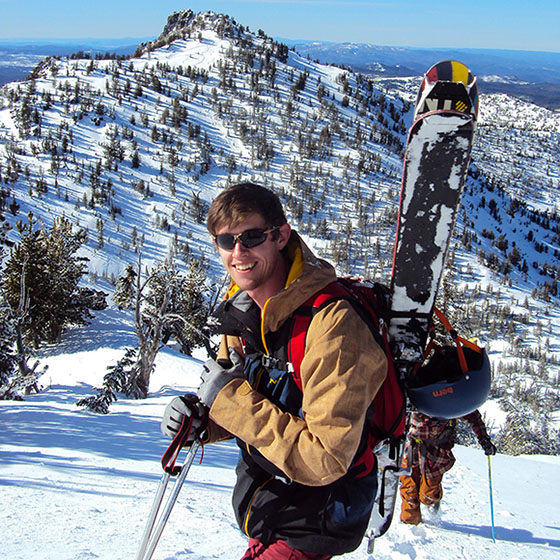 “The festival will be a fun-filled weekend celebrating winter recreation in our region that will support and help sustain the Wallowa Avalanche Center,” said Michael Hatch, event organizer and Outdoor Adventure Program coordinator at Eastern Oregon University.

Friday kicks-off with a showing of the Winter Wildlands Film Festival starting at 7 p.m. at the Art Center East, 1006 Penn Avenue. Local food and beer, as well as a raffle and silent auction will be part of the evening festivities.

“We have an awesome selection of prizes donated by local businesses and individuals including, but certainly not limited to, a whitewater rafting trip from Winding Waters River Expeditions, a ski trip at one of the legendary Wallowa Alpine Huts, a mountain bike tour for two from Range Tour and Shuttle Co., Black Diamond skis, a BCA rescue package and one of Paul Arentsen’s world-renowned Adirondack-style ski chairs,” Hatch explained.

The party moves to Anthony Lakes Mountain Resort for an uphill/downhill race Saturday. Winners receive a season pass to ALMR. Companion rescue and avalanche basics clinics will also be held and live music by the Wasteland Kings concludes the day at the Starbottle Saloon.

On Sunday, skiers and snowboarders are encouraged to self-organize tours to the backcountry of Anthony Lakes to explore the Elkhorn Mountains in winter.

For a complete schedule and race registration information contact Hatch at 541-962-3621, mhatch@eou.edu or visit www.eou.edu/outdoor/eastern-oregon-backcountry-festival-2016.