Confab takes leadership outside the box

An outside the box approach to cultivating leadership 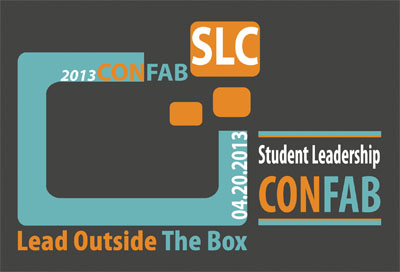 The 2013 Student Leadership Confab, set for April 20 in the Gilbert Center, will focus more on creating personal connections between participants than on packing the schedule with lectures and presentations.

“Students are always looking for something different and new across the board,” said Le Alexander, assistant director of Student Involvement at EOU.

Plans for revamping the event were set in motion after Alexander returned from a confab for student affairs professionals at Boise State University. Taking a more laid-back approach was effective with colleagues, so why not try it with students, he thought.

“A confab is an informal, engaged discussion with smaller groups,” Alexander explained. “It promotes networking with others who share the same interests.”

In a coffeehouse-inspired atmosphere punctuated by couches, beanbags and music, facilitators and students will converge in small groups to discuss topics important to EOU: self-awareness and branding, engaging different groups across campus, innovation, social change. Each will challenge students to think, and lead, outside the box.

“’Scope-creep’ is another topic already generating conversation with its name,” Alexander said. “Learning how to abandon the silos we tend to operate in and broaden our perspectives will be the focus of this discussion.”

The confab itself is outside the box, and feedback from prior leadership conference attendees helped shape the event.

“We’re putting it back in the students’ hands,” Alexander said.

To build enthusiasm and play off the theme, clever chalkboard boxes are appearing around campus for students to jot down ideas. Posters and pocket-sized cards are also circulating, explaining what the confab is all about and inviting participation on Twitter.

Alexander and Zed Deenik, unofficial chair of the Student Leadership Committee, are excited about the changes.

“We don’t want to necessarily repeat things participants already know,” Deenik said, “especially with so many students getting more involved in leadership activities in high school.”

Deenik is an MBA student from Johannesburg, South Africa. He also completed a double major in philosophy, politics and economics, and public administration from EOU. All students stand to gain from attending the confab, he said, as it isn’t intended solely for new freshmen or members of student clubs. 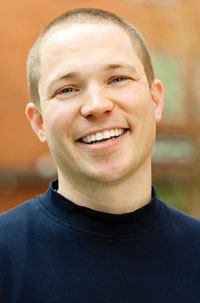 Also keeping with the change in pace, there will not be a traditional keynote address. Rather, guest speaker Tyson Wooters will give short opening and closing remarks and spend the rest of the day visiting with students in their groups and one-on-one.

Wooters is the former University of Oregon Ducks mascot and funnels the same game-day energy into his presentations with students around the U.S. and world. He holds a degree in music education from the UO.

The confab is free for EOU students and is also open to community members and high school students for a $5 fee to cover the cost of lunch.