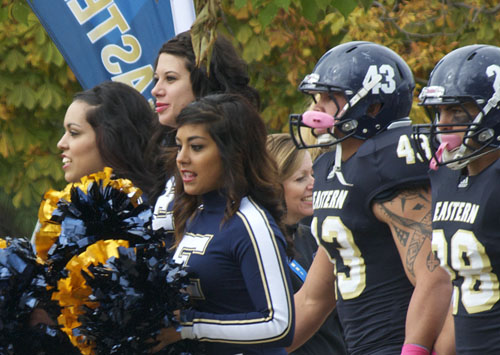 Photo by Ari Jones / EOU's Cheer & Dance team leads the Mountaineers through the Tailgate Zone and onto the field.

LA GRANDE, Ore. (EOU) – Eastern Oregon University Homecoming this year is set to be like no other. Along with all of the events that students, alumni and community members have come to hold dear, several one-time-only activities will be held to honor the past, present and future of EOU.

Festivities begin Thursday, Oct. 11, with the annual Choirs of the Valley concert in McKenzie Theatre in Loso Hall. For those who graduated in the 1960s, a reunion lounge will be open throughout the weekend in the Alumni Room in Ackerman Hall.

At 1 p.m., local artist and EOU alumnus Don Gray will unveil a new mural for the Welcome Center in Inlow Hall.

According to Gray, the concept for the 14-foot mural is a warm and welcoming introduction to EOU. The design is a depiction of 36 actual students, faculty members and administrators from different eras. Nightingale Gallery will also feature a solo exhibition of Gray’s work from Oct. 5-28.

Following the parade at 6 p.m., the late President Emeritus David Gilbert will be remembered for his dedication and service at a ceremony to rename the Ackerman Hall gymnasium in his memory.

Gilbert was EOU’s longest-serving president and passed away in February. Known as a very humble man by his colleagues and family members, he oversaw the completion of many curricular and capital improvement projects during his tenure.

Athletic Hall of Fame inductees are: Jeremy Fullenwider (football); Malcolm Cameron (baseball); and the 1990 and 1991 men’s cross country teams. A special Meritorious Service Award will be given to the Football Chain Gang celebrating their 25th year of volunteering at EOU football games. 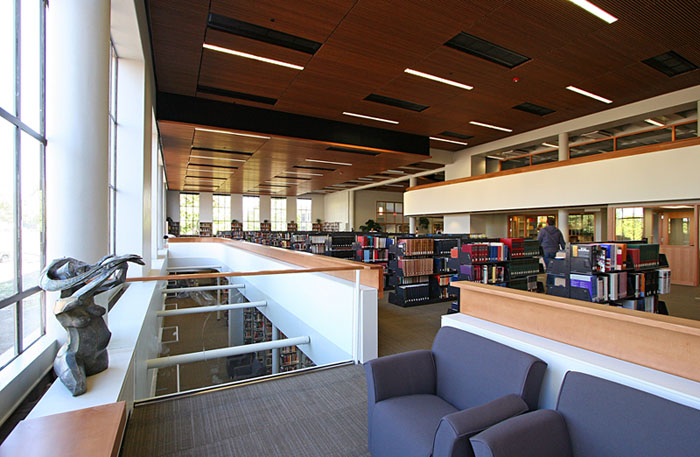 Two of EOU’s newly remodeled facilities will be open for business on Saturday, Oct. 13. Ribbon cutting celebrations are planned at Zabel Hall the new and improved Pierce Library. Both re-opening ceremonies will include tours of the facilities.

There will also be plenty of activities for sports enthusiasts on Saturday with the cross country meet, volleyball match, women’s alumni softball game, women’s and men’s alumni basketball games and of course, football.

EOU faces challenger Rocky Mountain College at 1 p.m. in Community Stadium. Alumni won’t want to miss out on the John J. Howard & Associates Tailgate Zone prior to the game, and whether celebrating a victory or mourning a loss, the 5th Quarter reception will follow in the Gilbert Center.

Eastern Student Entertainment is also organizing activities during Homecoming week and bringing back the Mountie Challenge. Monday is crazy hair day, Tuesday is super hero/villain, Wednesday has an 80’s theme, Thursday is nerdy, Friday is EOU spirit day with the parade and bonfire, and on Saturday there will be a street dance. Contact ESE for details at 541-962-3625 or e-mail ese@eou.edu.

For a complete schedule of events visit www.eou.edu/alumni/homecoming or call 541-962-3740.