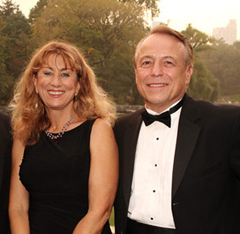 Richard Chaves, of Baker City, graduated from Eastern Oregon University in 1973 with a bachelor’s in business economics and management. He went on to found a company called Chaves Consulting, Inc. (CCI) and now serves as its president. Richard has led CCI in the design and implementation of on-time, cost effective, complex information systems solutions for state and local government agencies throughout the United States. Under his leadership, CCI has built a reputation for delivering exceptional customer service and product excellence. Richard and his wife Kathleen have demonstrated commitment to their community by leading projects that will positively impact it for decades into the future. Americans for the Arts and Business Committee for the Arts recognized CCI as one of the top 10 companies supporting the arts in America in 2012, and in 2011, CCI was named Business of the Year by the Baker County Chamber of Commerce. Richard currently serves on the EOU Foundation Board of Directors and is also a trustee.