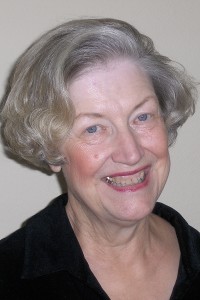 Mary Koza, of La Grande, is well-known on Eastern Oregon University’s campus. Born and raised in the Grande Ronde Valley, she has been an avid supporter of the community and EOU throughout her life. Mary’s involvement includes serving as secretary of the Grande Ronde Hospital Foundation and as a member of the Head Start Grantee Board. She also sits on the Presbyterian Board of Deacons and is a 30-year member of P.E.O., currently serving as secretary. Mary also has many accolades to her name, including: Woman of the Year (1996) – Soroptimist International of La Grande; Jean McKenzie Award (1995-6); Union County Volunteer of the Year (1995); Silver Beaver Award – Boy Scouts of America (2002); and the Eagle Within Award – Boy Scouts Local Chapter (2011). Mary’s time at EOU started in 1992, and she held many positions ranging from distance education coordinator of the Individualized Study and Weekend College program, marketing coordinator of distance education, distance degrees director, and co-director of Academic and Career Advising. Mary retired in 2014 after spending the last three years of her career as the director of the Liberal Studies program and Assessment of Prior Experiential Learning programs. She also served on many committees throughout her career, and was named a Woman of Vision and Courage in 2012 by the EOU President’s Commission on the Status of Women, and EOU’s Distinguished Administrative Faculty in 2000.