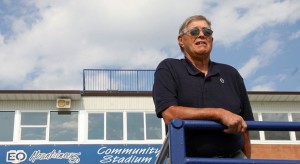 Lee Insko, of Elgin, joined Eastern’s team in 1968 as a professor and football coach for the Mountaineers. Well-known in the community for his leadership in the classroom and on the field, it is Lee’s passion for helping students succeed that sets him apart. His career at EOU spanned 25 years, and while winning in the athletic arena was always important, it never took priority over building strength of character. His personal engagement with students is what consistently helped bring the best out in them. Lee was much more than an instructor; he positively influenced countless individuals through his example and passion for success with integrity.